The Boeing 747SP is a highly modified version of Boeing's Boeing 747-100 offering 'special performance'. Known during development as the 'short body' 747SB, the shortened fuselage permitted longer range flights to be made.

The 747SP was first offered to customers in 1974, and the first airframe was delivered in 1976. A shorter derivative of the 747-100, the SP was developed to target two market requirements. The first addressed a need to compete with the DC-10 and L-1011 while maintaining commonality with larger 747s. The 747 was simply too big for many routes, and Boeing did not have a mid-sized widebody to compete in the segment of the market that the DC-10 and L-1011 had created. The second market requirement was the ultra long-range routes which were emerging in the mid-1970s. These routes needed not only longer range, but also higher cruising speeds. Boeing could not afford to develop an all-new design, instead shortening the 747 and re-optimized it for speed and range at the expense of capacity. 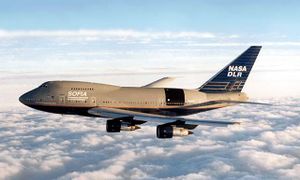 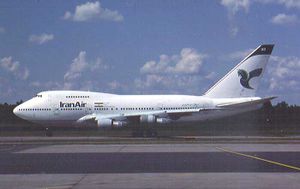 Apart from having a significantly shorter fuselage and one fewer cabin door per side, the 747SP differs from other 747 variants in having simplified flaps and in having a taller vertical tail to counteract the decrease in moment-arm from the shortened fuselage. The 747SP uses larger single-piece flaps on the trailing edges rather than the triple-slotted flaps found on standard 747s. The SP was also the first Boeing widebody to have a wingspan measuring longer than the length of the plane; the other is the 777-200LR, which is only slightly wider than it is long. This is not standard design with airliners as it can make the aircraft center heavy if the wingspan is significantly longer. The SP, being 196 feet wide and 184 feet long, required a taller vertical fin because the shorter fuselage reduces the yaw moment arm.

The SP could accommodate 230 passengers in a comfortable 3-class cabin or 331 in a (303 economy, 28 business) 2-class cabin, and a maximum of 440 passengers in one class. Originally designated 747SB for "short body", it later was nicknamed "Sutter's balloon" by employees after 747 chief engineer Joe Sutter.[1] Boeing later changed the production designation to 747SP for "special performance", reflecting the aircraft's longer range and faster cruise speed. Pan Am was the launch customer for the 747SP, taking the first delivery, Clipper Freedom, on March 5 1976.[2]

The 747SP was the longest-range airliner available until the 747-400 entered service in 1989. For all its technical achievements, the SP never sold as well as Boeing hoped. Increased fuel prices in the mid 70's to early 80's, its heavy wingspan, reduced capacity, and increased range of forthcoming new planes were some of the many factors that contributed to its low sales. Only 45 were ever built and most that are still in service are used by operators in the Middle East. The production run of the SP ran from 1976 to 1983, however a VIP order for Amiri Flight of UAE forced Boeing to open production of the SP one last time in 1989. This plane is meticulously kept and has been photographed numerous times around the world. Another special 747SP is the SOFIA infrared astronomical observatory, where the airframe was modified to carry a 2.5-meter-diameter infrared reflecting telescope to high altitude, above most of the infrared-absorbing water vapor in the atmosphere. Originally delivered to Pan Am and titled "Clipper Lindbergh", NASA has the name displayed in Pan Am script on the plane.