The Lockheed T-33 Shooting Star is an American-built jet trainer. It was produced by Lockheed and made its first flight in 1948, piloted by Tony LeVier. The T-33 was developed from the Lockheed P-80/F-80 starting as TP-80C/TF-80C in development, then designated T-33A. It was used by the USN as the intially as TO-2, then TV-2, and after 1962 T-33B. Despite its vintage, the venerable T-33 still remains in service worldwide. 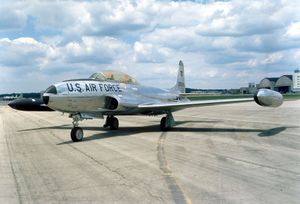 The T-33 was developed from the Lockheed P-80/F-80 by lengthening the fuselage and adding a second seat, instrumentation and flight controls. Initially designated as a variant of the P-80/F-80, the TP-80C/TF-80C.

Design work for the Lockheed P-80 began in 1943 with the first flight on 8 January 1944. Following on the Bell P-59, the P-80 became the first jet fighter to enter full squadron service in the US Army Air Force. As more advanced jets entered service, the F-80 took on another role - training jet pilots. The two-place T-33 jet was designed for training pilots already qualified to fly propeller-driven aircraft. It was developed from the single-seat F-80 fighter by lengthening the fuselage slightly more than three feet to accommodate a second cockpit.

The two-place T-33 proved to be a suitable advanced trainer and, in addition to its primary use as a trainer, it has been used for such tasks as drone director and target towing, and some T-33s retained two machine guns for gunnery training. In some countries, the T-33 was even employed as a combat aircraft. The RT-33A version, reconnaissance aircraft produced primarily for use by foreign countries, had a camera installed in the nose and additional equipment in the rear cockpit. T-33s continued to fly as currency trainers, drone towing, combat and tactical simulation training, "hack" aircraft, electronic countermeasures and warfare training and test platforms right into the 1980s.

The T-33 has served with over 30 nations, and continues to operate as a trainer in smaller air forces .Canadair built 656 T-33s on licence for service in the Canadian Forces as the CT-133 Silver Star while Kawasaki manufactured 210 in Japan. Other operators included Brazil,Turkey and Thailand which used the T-33 extensively.

In the 1980s, an attempt was made to modify and modernize the T-33 as the Boeing Skyfox, but a lack of orders led to the cancellation of the project. About 70% of the T-33s airframe was retained in the Skyfox, but it was powered by two Garrett TFE731-3A turbofan engines. 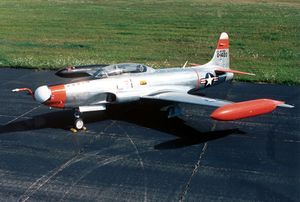 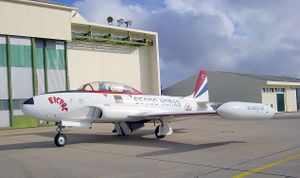 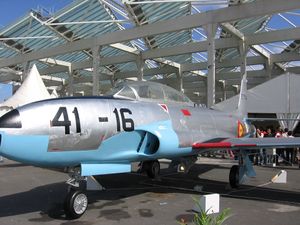