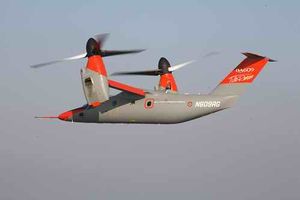 The first ground tests of the BA609 prototype began December 6, 2002. The first flight took place on March 6 2003 in Arlington (Texas/USA) with Roy Hopkins and Dwayne Williams as test pilots.

In June 2005 it returned to flight tests, expanding the flight envelope and tilting the nacelles forward. On July 22, 2005, the BA609 performed its first conversion to airplane mode in flight being the first civil aircraft in history to perform this feat.[citation needed]

Certification of the aircraft is expected in 2010.[citation needed]

BAAC officials claim that 80 aircraft have been ordered.[citation needed] 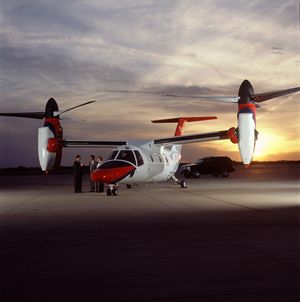 Data from The International Directory of Civil Aircraft, 2003-2004[1] and the Bell/Agusta Brochure[2]