The O-360 has a factory rated TBO (Time Between Overhaul) of 2000 hours.[1] They have been installed in thousands of aircraft including Cessna 172s, Piper Cherokees/Archers, Grumman Tigers and many home-built aircraft.

By increasing the cylinder bore of the O-360 by Template:Frac inches, the engine was developed into the Template:Convert Lycoming IO-390.[6][7] 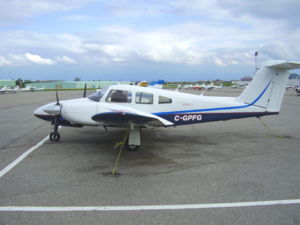