The Bell 412 is a utility helicopter manufactured by Bell Helicopter Textron. It is a further development of the Bell 212 model, the major difference being the composite four-blade main rotor.

The development began in the late 1970s with two Bell 212 being converted into 412 prototypes. An advanced four blade main rotor with a smaller diameter replaced the 212's two blade rotor. A Bell 412 prototype first flew in August 1979. The initial model was certified in January 1981 with the deliveries commencing in the same month.[1] 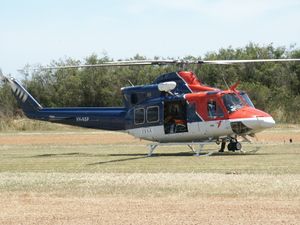 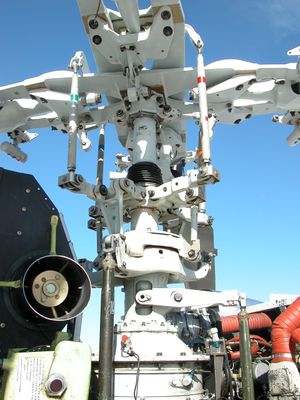 Rotor head and transmission of a Bell 412.