The Convair F-102 Delta Dagger fighter aircraft was part of the backbone of the United States air defenses in the late 1950s. Entering service in 1956, its main purpose was to intercept invading Soviet bomber fleets.

The aircraft's development was long and troubled, and by the early 1960s, it was being replaced by F-101 Voodoos, F-106 Delta Darts and later by F-4 Phantom IIs. Many of the F-102s were transferred to United States Air National Guard duty by the mid-to-late 1960s, and the plane left service altogether in 1976.

The F-102 was developed from the XF-92A delta wing research aircraft of the late 1940s. The Air Force took a new approach in putting out the request for proposals for an operational interceptor, considering both the aircraft and armament together in what became known as a "weapon system". The RFP for Project MX-1554 went out 18 June 1950, and in January 1951 six manufacturers responded, of which Convair, Lockheed and Republic were chosen to proceed with design. Three of these projects were too expensive, and in November, only Convair was allowed to continue with its Model 8-80, an interim project using the less-powerful Westinghouse J40 turbojet in lieu of the Wright J67 which was still in development.

The production F-102A had the Hughes MG-3 fire control system, later upgraded in service to the MG-10. It had a three-segment internal weapons bay under the fuselage for air-to-air missiles. Initial armament was three pairs of GAR-1 Falcon missiles, a mix of infrared and semi-active radar homing. The doors of the two forward bays each had tubes for 12 2.75 in (70 mm) FFAR rockets (for a total of 24). The F-102 was later upgraded to allow the carriage of two GAR-9 Nuclear Falcon missiles in the center bay. The larger size of these weapons required redesigned center bay doors with no rocket tubes. Plans were considered to fit the MB-1 Genie nuclear rocket, but this weapon was never adopted.

Because of the changes that had to be made in redesigning the aircraft with the area rule in mind, the ambitious plan to produce the production aircraft on the prototype tooling had to be abandoned; two-thirds of the 60,000+ pieces of tooling had to be scrapped or heavily modified.

One hundred and eleven TF-102A two-seat, side-by-side trainers were also produced. This version was slower with a maximum speed of about 770 mph or slightly over Mach 1.0 because it had a redesigned forward fuselage to accommodate the side-by-side seating. The TF-102 retained a full combat capability however, and was armed in the same way as the F-102A.

The F-102's direct successor was the related F-106 Delta Dart, which was originally designated YF-102B.

The first operational service of the F-102A was with the 327th Fighter-Interceptor Squadron at George Air Force Base, in April 1956, and eventually a total of 889 were built. The F-102's official name, "Delta Dagger" was never used in common parlance, with the aircraft being universally known as the "Deuce." The TF-102 was known as the "Tub" because of its wide fuselage.

The USAF Air Defense Command had F-102 Delta Daggers in service in 1960 and the type continued to serve in large numbers with both Air Force and Air National Guard units well into the 1970s. George W. Bush, later President of the United States, flew the F-102 as part of his Air National Guard service in the late 1960s and early 1970s.

The F-102 served in Vietnam, flying fighter patrols and serving as bomber escorts. A total of 15 aircraft were lost in Vietnam: one to air-to-air combat, several to ground fire and the remainder to accidents.

Initially, F-102 detachments began to be sent to bases in Southeast Asia in 1962, when radar contacts that were detected by ground radars were thought to possibly be North Vietnamese Il-28 "Beagle" bombers, which was considered a very credible threat during that time period. F-102s were sent to Thailand and other nearby countries to intercept these aircraft if they indeed threatened South Vietnam at any time.

Later on, B-52 strikes, codenamed ARC LIGHT, were escorted by F-102s based in the theater. It was during one of these missions that an F-102 was shot down by a North Vietnamese MiG-21 using an AA-2 Atoll heat-seeking missile. The MiGs approached undetected, and one of the F-102s was shot down. The other F-102 pilot managed to shoot off some AIM-4s at the fleeing MiG-21s, but no hits were recorded. This was the only air-to-air loss for the F-102 during the Vietnam War.

Interestingly enough, the F-102 became fairly heavily used in the air-to-ground role. The interceptor was equipped with 24 70-mm FFARs in the fuselage bay doors, and these weapons were used to good effect against various types of North Vietnamese targets. Additionally, heat-seeking Falcon missiles used in conjunction with the F-102s nose-mounted IRST (Infrared Search & Track) were employed on night time harassment raids along the Ho Chi Minh trail. This is likely the only time an air-to-air missile has been used for air-to-ground operations.

Operations with both the F-102A and TF-102A two-seater (which was used in a Forward Air Control role because its two seats and 70-mm rockets offered good versatility for the mission) in Vietnam until 1968 when all aircraft were sent back to the United States.

The F-102 and TF-102 were exported overseas to both Turkey and Greece, with those aircraft seeing combat missions during the 1974 Turkish invasion of Cyprus. There have been claims of air combat between Greek F-5s and Turkish F-102s. The Greeks claimed to have shot down two F-102s while the Turks claim to have shot down an F-5; however, both sides deny losses. The F-102 was finally retired from both of those air forces in 1979. The F-102 left US service in 1976, while the last PQM-102 drone was expended in 1986. No F-102s remain in flyable condition today although many can be seen at museums. 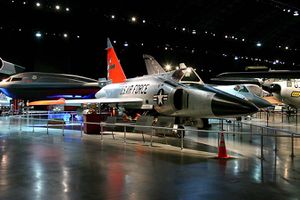 Below is a partial list of museums with an F-102 in their collection: 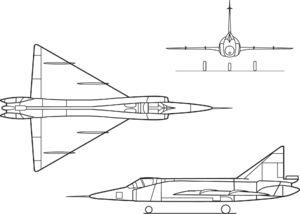 Data from The Great Book of Fighters[2]