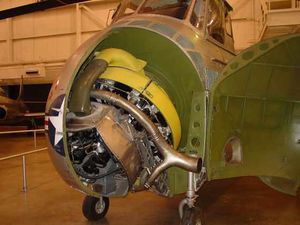 The Sikorsky H-19, (also known as the S-55) was a multi-purpose helicopter used by the United States Army. It was also license-built by Westland Aircraft as the Westland Whirlwind in the United Kingdom. United States Navy and Coast Guard models were designated HO4S, while those of the U.S. Marine Corps were HRS.

The helicopter was widely exported, used by many other nations, including Israel, Chile, South Africa and Turkey.

The H-19 underwent live service tests during the Korean War beginning in 1951 as an unarmed transport helicopter. Undergoing tests such as medical evacuation, tactical control and front-line cargo support, the helicopter succeeded admirably in surpassing the capabilities of the H-5 Dragonfly which had been used throughout the Korean conflict by the Army.

In 1956, the French Air Force experimented with arming the H-19 Chickasaw aka Sikorsky S-55, then being superseded in service by the more capable Piasecki H-21 and Sikorsky H-34 helicopters. The H-19 was originally fitted with a 20-mm cannon, two rocket launchers, plus a 20-mm cannon, two 12.7-mm machine guns, and a 7.5-mm light machine gun firing from the cabin windows, but this load proved far too heavy, and even lightly-armed H-19 gunships fitted with flexible machine guns for self-defense proved underpowered.

The H-19 was also used in the early days of the Vietnam War before being supplanted by the Sikorsky H-34 Choctaw, which was based on the H-19.

Harold the Helicopter is based in the Sikorsky S-55 or its Westland counterpart.