The 3X55 Trener (Trainer) and 3X47 Ultra are a family of ultralight civil aircraft produced in Poland by the 3Xtrim Aircraft Factory. Both are two-seat, high-wing, strut-braced monoplanes with fixed tricycle undercarriage and available only as completed aircraft. There are also 450 Ultra and 495 Ultra Plus sub-variants of the 3X47 Ultra, with gross weights adjusted for national ultralight regulations.

3Xtrim take their company name from a double entendre, as they refer to their designs being "triple trimmed" (or more exactly “triple-tested”) during the design, prototype and production stages and also that the aircraft is designed for “extreme conditions”. In English the company name is pronounced “Three-Extreme”.

Former SZD sailplane engineer Adam Kurbiel designed the predecessor of 3X55, the EOL-VLA, to conform to European JAR-VLA rules. That plane was modified through the years to meet Canadian Advanced Ultralight and US Light Sport Aircraft rules. The 3X47 version is specifically for the European market to meet those standards.

The European versions feature extensive structural use of carbon fibre to achieve lightness, while the 3X55 is predominantly of fibreglass construction. Otherwise the two aircraft are similar in appearance and performance. 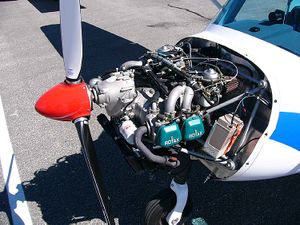 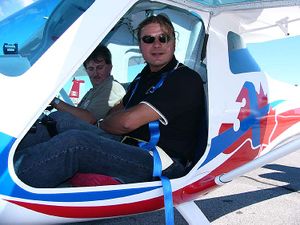 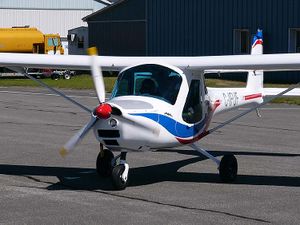 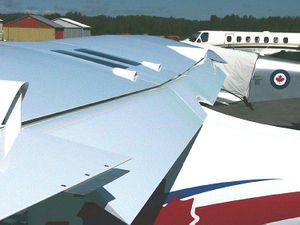 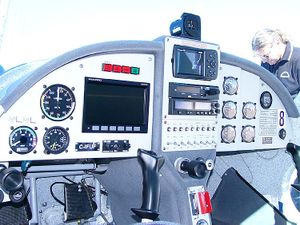 The fuselage and vertical tail of the 3X55 is a one-piece structure made from fibreglass. The firewall is a Fiberfrax ceramic/aluminium sandwich.

The cockpit is 47.5 inches wide at the elbows. Crew access is via a door on each side of the cockpit that hinges upwards and is supported by a gas strut.

The control sticks are located conventionally in front of each seat. The standard throttle arrangement is one panel-mounted centre throttle, but a second throttle located on the left side of the panel is optional, allowing the left-seat pilot to fly with either hand on the throttle or stick.

The wings are strut-braced with a single spar and are made from fibreglass and foam with a 15.5% CAGI.R3 airfoil. The wing has a span of 31 .5 feet and an area of 127.4 sq ft, which gives it a wing loading of 9.5 lbs/sq ft at gross weight. The aircraft has removable wings, with single locking pins and quick-disconnect controls which can be easily hooked up and inspected from inside the cockpit.

The plane comes in one colour – white, but owners can add their own vinyl decals to finish the plane as desired.

The fuel tank is located behind the right-hand seat. The quantity can be read directly through a sight gauge behind the seat. The standard tank is 70 litres (18 US gallons) with 87 litres (23 US gallons) optional. Behind the left-hand seat is a small baggage compartment, with additional baggage space above and behind both seats.

The 3X55 can be equipped with either a three-bladed, fixed pitch Czech-made Woodcomp wood/fibreglass SR 200 propeller or an electrically adjustable Woodcomp SR 2000 propeller, with an optional constant speed unit.

The nose gear is a single-fork design also made from fibreglass. Nose gear suspension is a compressed rubber donut system.