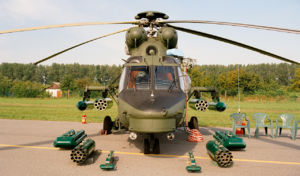 One of W-3 Sokół armed versions, Airshow 2005 in Radom

The W-3 Sokół ('Falcon') is the first helicopter to be fully designed and serial-built in Poland, and is PZL's most promising sales prospect in the near future.

Work on the project was started at WSK PZL in 1973 by the team of Stanisław Kamiński. The Sokół made its first flight on November 16 1979, and has since been certificated in Poland, Russia, the US and Germany. Following a fairly protracted development program, low rate production of the Sokół commenced during 1985. Initial sales of the general purpose Sokół were within Poland and in the Eastern Bloc, before the collapse of Communism allowed PZL Swidnik to broaden its sales base. To do this PZL Swidnik developed the improved W3A Sokół aimed at achieving Western certification. Certification to US FAR Pt 29 standards was granted in May 1993, while German certification was granted in December of that year.

The Sokół is of conventional design and construction, with two PZL-10W turboshafts, which are based on the PZL-10S - licensced Russian designed TVD-10B turboprops that power the Polish-built An-28. Composites are used in the tail and main rotor blades.

The Sokół is offered in a number of variants and is capable of performing a typical range of helicopter missions, including passenger transport, VIP, cargo, EMS, medevac, firefighting and search and rescue. 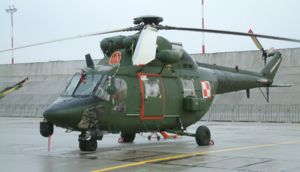 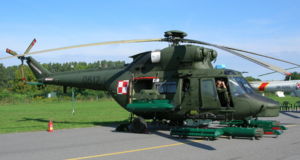