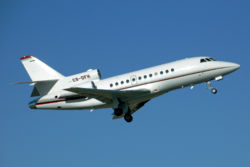 The Falcon 900 is used by the Escadron de transport, d'entraînement et de calibrage which is in charge of transportation for officials of the French state. 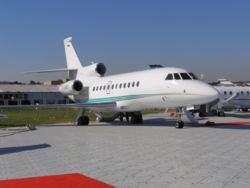 Dates of first flight for the several version produced are the following:

The Falcon 20 (née Mystère 20; the term Falcon was originally used only in the USA) was the first business jet aeroplane that Dassault manufactured. A prototype first flew on 4 May 1963. Various models were developed, designated Mystère 20-C, -D, -E and -F and later the Falcon 200.

Next came the Falcon 50, developed from the -20. Further development from this aeroplane lead to the -900, the latest versions of which are the -900EX EASy and the -900DX. 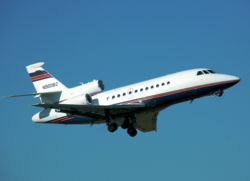